It Will Take a Village and Our Village is Growing 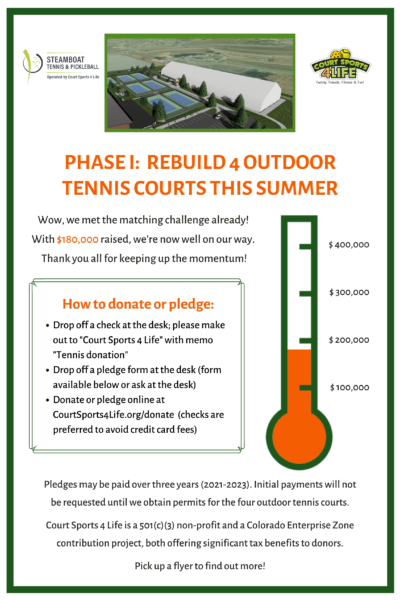 Thanks to 13 families who stepped up to meet the challenge, the full $90,000 challenge match offered by four other families has been met! We’re now well on our way to making the four rebuilt outdoor tennis courts a reality but our work is far from done.

We are still hopeful that the tennis courts can be rebuilt late this summer and ask you to continue to pledge donations to this project, but we must also consider the possibility of delaying construction until next spring. We will not ask for payments until we obtain construction permits and schedule construction. Please be assured that under no circumstances will we take more than two outdoor tennis courts out of commission at any given time!

Here’s what’s going on behind the scenes and what still needs to happen:

One final thought – please do not be dismayed! All construction projects are two steps forward, one step back but we thought you’d want to know where things stand. Donate now and help make this drawing become reality!

Moz Modzelewski, Board Chair of CS4L and Loretta Conway, Executive Director for CS4L 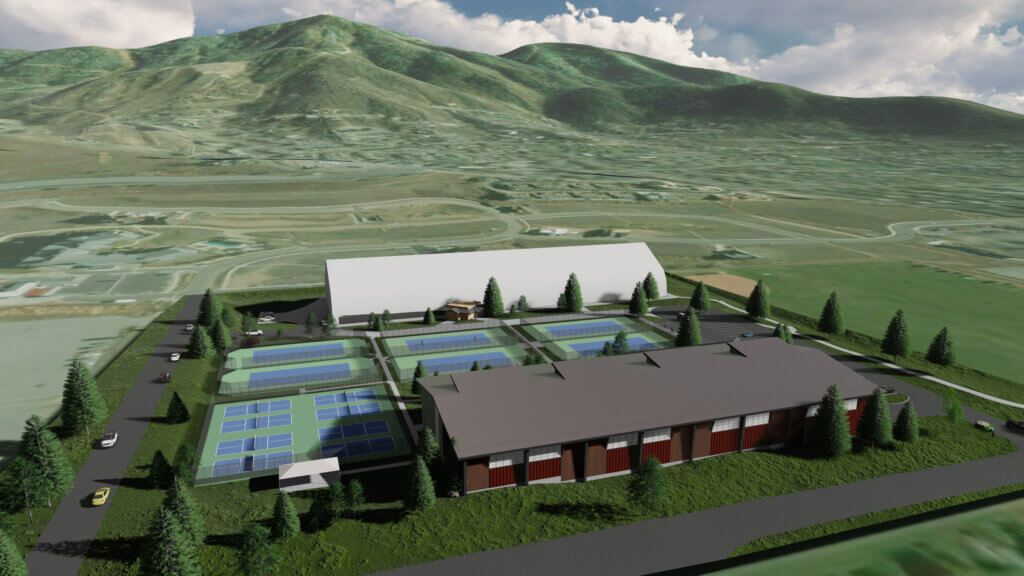